In an unfortunate twist, Michelle Guarino (SCO), Bridget Pleasant (ENG) and Chloe Lopez-Colclough (NIR) were in the same poule, having been the 3 members of AUFC's bronze-medal winning team from British Nationals earlier in 2014. Despite that bad luck, all went on to reach the L16, including an impressive win for Chloe knocking out the 5th seed from Australia. Neill Tannock (SCO) made a strong showing in the poules but unfortunately lost to team-mate and good friend George Liston in the L32. Alastair Johnston (NIR) also did fantastically well to win his poule, but drew Jamie Fitzgerald in the L32 who eventually went on to win. No shame in that!

In the sabre team event, Michelle and Scotland came away with gold after fantastic wins against Wales and Singapore. Bridget and England came 4th whilst Chloe twisted her ankle in training and tragically had to miss out.
Neill captained Scotland to a well deserved bronze medal with a fantastic tactical display against England in the 3rd place play-off (incidentally the first time in years that Scotland beat the Auld Enemy in epee). AJ finished 5th with the Northern Ireland foil team.

AUFC is proud of everyone who took part and congratulate them all on their success!

AUFC's men's team took on Dundee, Heriot-Watt, Stirling and Strathclyde in the BUCS Scottish League 1A this weekend in Edinburgh and won. As a result, the team will yet again compete against the Midlands and Northern champions in 2015 for a spot in the BUCS Premier League North next season.

The men's and women's B teams also put up a good showing, the men finishing 3rd in 2A and the women finishing 4th in 1A. Both teams were new this year, with most fencers on either team never having experienced team fencing before so both can be very proud of their results!

AUFC had yet another round of good news as 5 of our members were selected for the Commonwealth Championships 2014. Michelle Guarino and club coach Neill Tannock were selected for Scotland, whilst recent alumni Alastair Johnston and our adopted RGU student Chloe Lopez-Colclough were selected for Northern Ireland. To top it off, Bridget Pleasant was selected for England!

The Commonwealth Fencing Championships will take place in Largs, Scotland in November 2014

Epee coach, Kristof Miklos is returning to Hungary to further his studies. We've been lucky to have him for this year and the men's team have greatly benefited from his help.
AUFC wish him luck in the future and hope this isn't the last we've seen of him!

We're pleased to announce that AUFC will have 4 teams entered into BUCS next season (a women's and men's 1st and 2nd team). For more info, go to About > Teams!

AUFC hosted its first Sabre Training Weekend with Prof. Phil Carson of Salle Ossian, open to all fencers in Scotland.

We had a fantastic turn-out on both days, with both AUFC members and fencers around Scotland alike ranging from beginners to international athletes!

After the popularity of last year's Racenight at the Ashvale Chipper, the club returned for round 2 this year. The night was another resounding success and raised just under £600 for AUFC.

We would like to thank Ladbrokes, Campus Bar, Country Ways and Tim Wynn for sponsoring races. Your contributions are greatly appreciated!

The BUCS Championship (knock-out comp for teams in both Premier League North and South) was the final competition of the season for the women's team.
They had a tough match against Imperial in the quarter-finals and, despite being behind going into the final weapon, the girls won out 128-126. Unfortunately, the girls came up short against Premier League South winners Cambridge to finish joint 3rd.

Congrats to SSS Beginners medalists Chris Svard (Gold MS), Lewis Dale (Bronze ME) and Kristina Rudenoka (Bronze WS). Honorable mention to Lee Wei Sheng for losing 15-14 to the MS silver medalist in the quarter finals, and to Kristina Rudenoka again who also came 5th in both WF and WE!

Congrats also to the SSS Individuals medalists Bridget Pleasant (Gold WS, Bronze WF), Rory High (Silver ME), Sarah Keith (Bronze WS), Will Mackey (Bronze ME). Honourable mention to Taylor Manson who lost 15-14 in her WF quarter-final and to Milen Milanov who unfortunately drew Rory in the quarter-final of ME.

At this year's AUSA Sports Ball, in addition to our fine athletes winning their full or half blues, AUFC went home with 3 of the 6 trophies!

Becky Wain won the prestigious award for the best athlete at both the University of Aberdeen and Granite City Challenge rivals, Robert Gordon University

Michelle Guarino won the AJM Edwards Trophy for outstanding dedication and contribution to her club over her university career.

A big congratulations to Michelle Guarino, who has received her Blues from the university to recognise her outstanding achievements last season. Additionally, Fi Grant, Neill Fotheringham and Scott Chalmers received their Half-Blues.

The men started of the BUCS season with a fine performance in the league to win the league! This also means that the team will fence against the Midlands and Northern champs to get to the BUCS Premier League. Great job guys.

Aberdeen Uni held on to their trophy for Best Club at our home open! We came back with a gold, 2 silvers and 2 bronzes. Well done everyone!

The women traveled to Manchester for the final match of the season and came out 134-118 winners, securing promotion to the BUCS Premier League and finishing a perfect '12 wins from 12' year!

AUFC's first fundraising race night was held last night. Over 40 people attended, and at the end of the night we had raised over £500.
Thanks go to the Ashvale Chipper for hosting the night and to the Inversnecky Cafe for their generous donation! 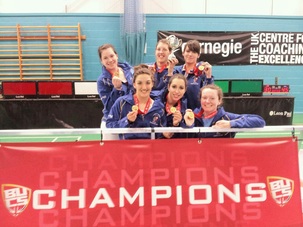 The women progressed to the BUCS trophy final after beating Sheffield 130-108.

The women faced the Imperial 2nd team in the final, and went on to win 134-110 despite the presence of 4-time BUCS Individual Champion, Hannah Bryars! 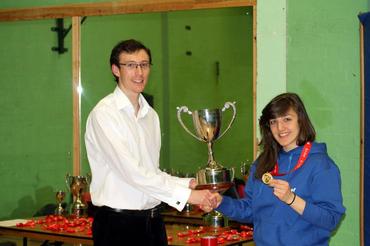 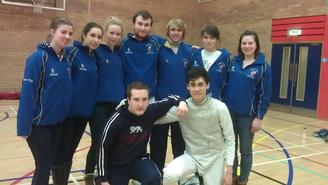 Having been down after the foil the Women's Team won the Sabre and Epee to beat St Andrews 129-89.

The Men's team fenced an epic match but unfortunately lost to Heriot Watt 134-123.

Well done to everyone!

The round for the girls will be on the 27th February against Sheffield.

AUFC had a great couple of weekends, where we won 8 medals at SSS Individuals (including 2 all-Aberdeen finals in women's sabre and men's epee) and 5 medals at SSS Beginners (5 of the 6 finals including an AUFC fencer). 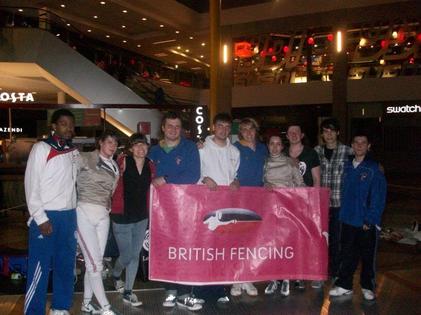 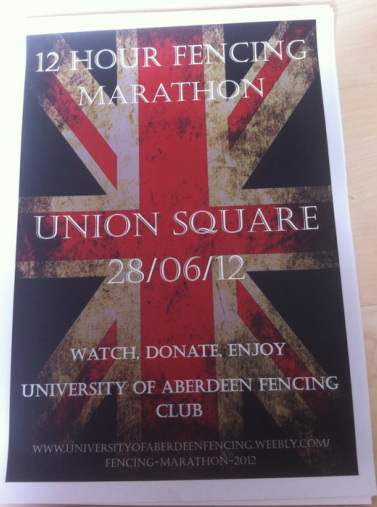